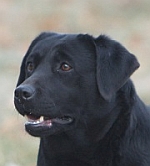 Bling and her sister Opal joined us a little later in life than normal.  Both breeder girls were generously donated by The Captain’s Labradors to expand our internal breeding program.  Neither have been bred, but both have passed their initial eye and hip/elbow exams and we are just waiting on final genetic clearances before breeding them at their next heat cycle.  She is a little bolder than her sister Opal, but nearly identical in personality.  She has found a permanent breeder home!

Bling had her first litter by C-Section on 10/11/2019 consisting of 4 females and 3 males.  And surprise – one of the girls was a golden girl and was named Rose on the spot. 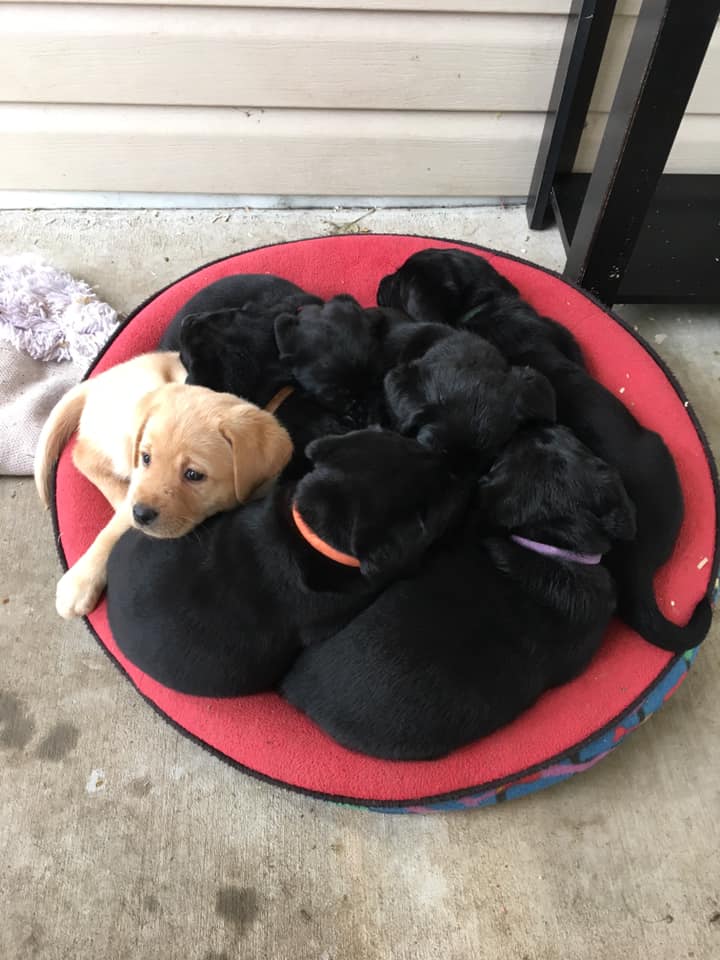 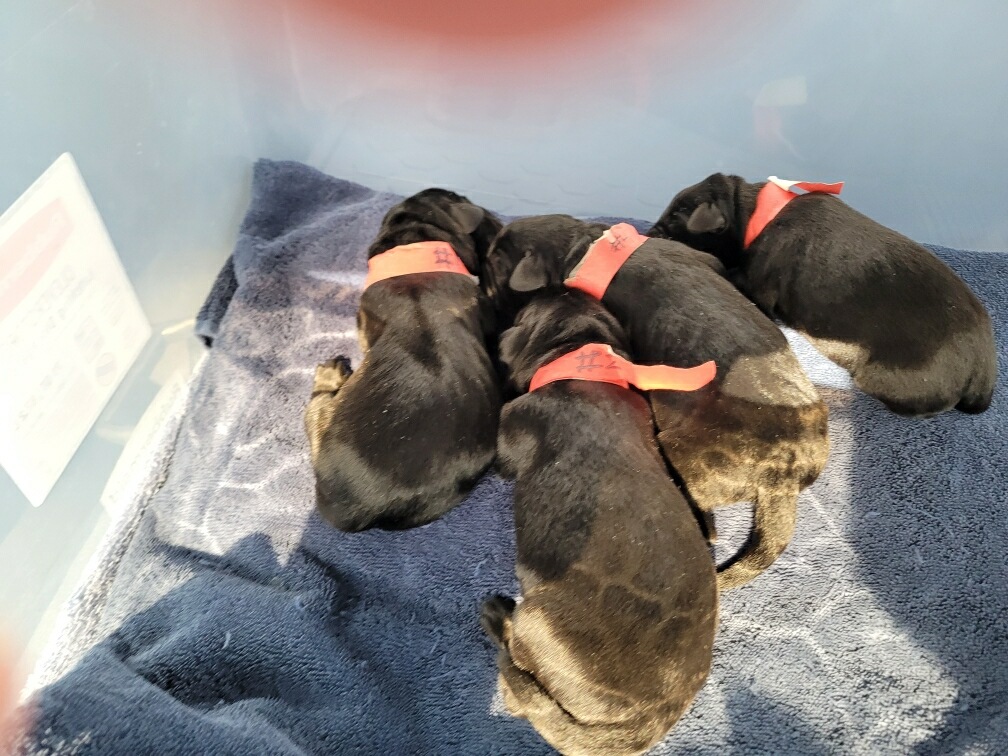 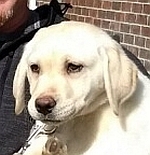 Training Stage: Obedience & Socialization
Badger is litter-mates with PIT Brit. He is a very quiet, yet bold and brave young pup.  He has some big paw prints to fill as older brothers Hank and Higgins have both become guide dogs about a year ago.  He is joining a new to OccuPaws, but not new to dogs,  raiser and her family.  He completed his training very quickly,  moved on to the prison program for several months and now is settling into suburpia! 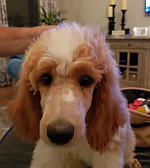 Training Stage: Obedience & Socialization
Ion is a very sweet, quiet, gentle soul who loves to cuddle. He is a handsome young man from one of our newer breeders in North Carolina. He started off with an experienced raiser who to loves the babies and especially the poodles.  After spending some time with an experienced family and who had worked with poodles before, it was off to prison for some spit & polish.  He is now working on some fear issues with Lois. 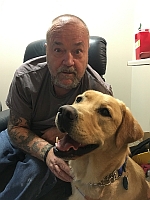 Rambler is litter-mates with Guide Dog Nemo. Rambler is a happy, sweet clown who is so eager to try new things.  He has completed his harness work, returned to Wisconsin from Kentucky and is now the dog guide for a retired Marine in Milwaukee.  He was happy to learn that he would get a lot of chances to walk and workout, but he is not quite sure of that 5:00 AM wakeup call to duty…..zzzzzzz

Desirae of Fox Lake, WI
Gil of Kendall, WI
Mark & Amanda of Belleville, WI
Amber is litter-mates with Guide Dog Graduates Apple and Angus.  When she met Marc, it was love at first lick!  They have bonded very quickly and make a fantastic team.